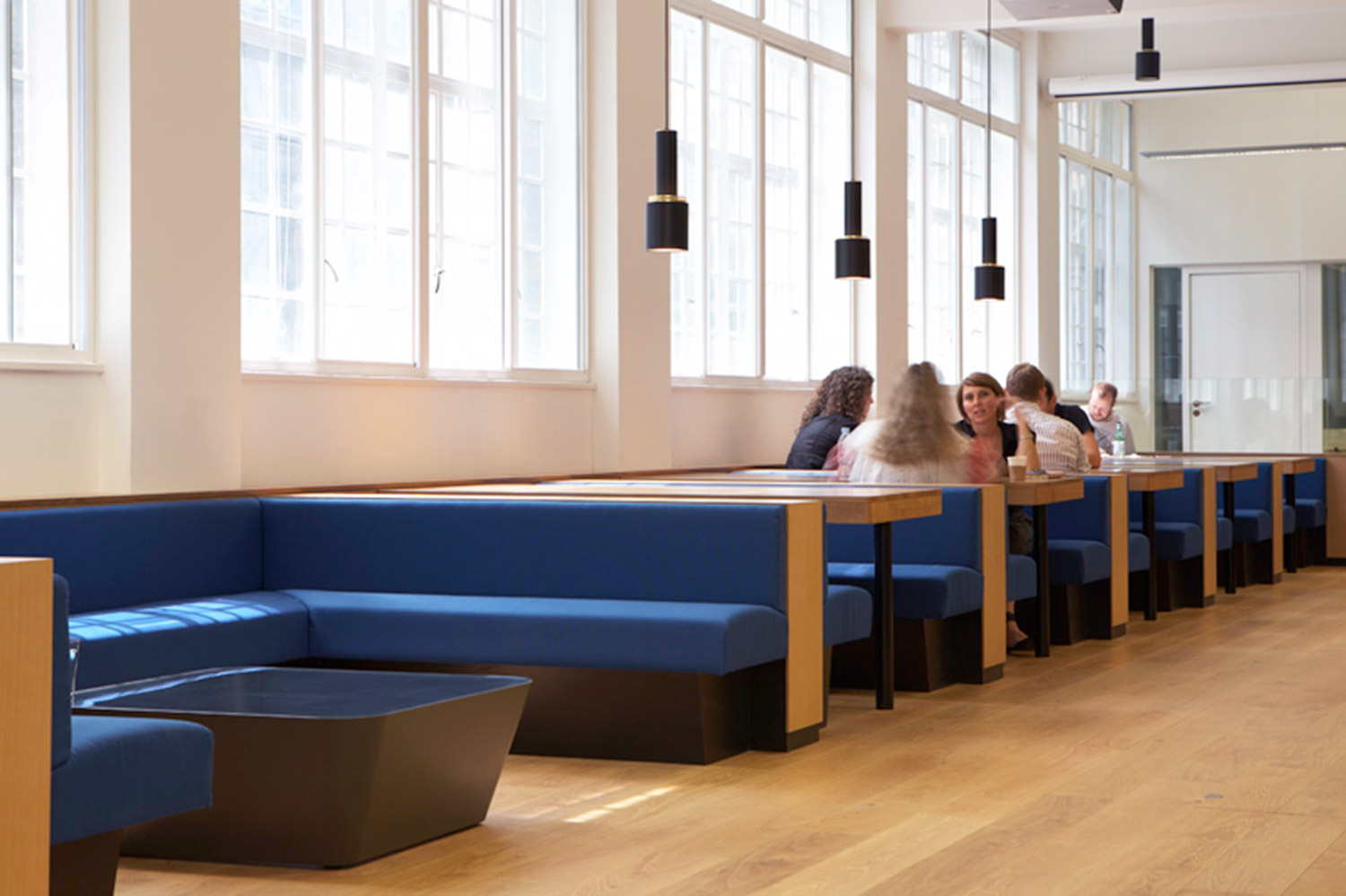 Fallon is a well-respected advertising agency that advocates the idea that an ambitious use of creativity is the key to outsmarting the competition. They were founded in the early 1980’s in Minneapolis by a group of local entrepreneurs. They ran a single print advertisement in two metro newspapers under the headline, ‘A new advertising agency for companies that would rather outsmart the competition than outspend them.’ Three decades on they have an enviable reputation and client list that includes Sony, the BBC, NBC, Bravo, Cadbury’s, Nestle, Orange, Eurostar and Skoda.
SCP Contracts worked with Universal Design on the design and specification for the new Fallon London headquarters. The brief was all encompassing with furniture required for office and meeting spaces, breakout areas and the staff canteen.
SCP Contracts supplied a range of different products, including two from SCP designer Terence Woodgate, an iconic Established & Sons piece from local design duo Barber Osgerby and office chairs from Italian brand Arper.
Products:
Zero-In table by Barber Osgerby (Established & Sons)
Lansdowne sofa system by Terence Woodgate (SCP)
234 coffee table by Terence Woodgate (SCP)
Catifa 80 lounge chair (Arper)
Catfia 46 meeting chair (Arper)