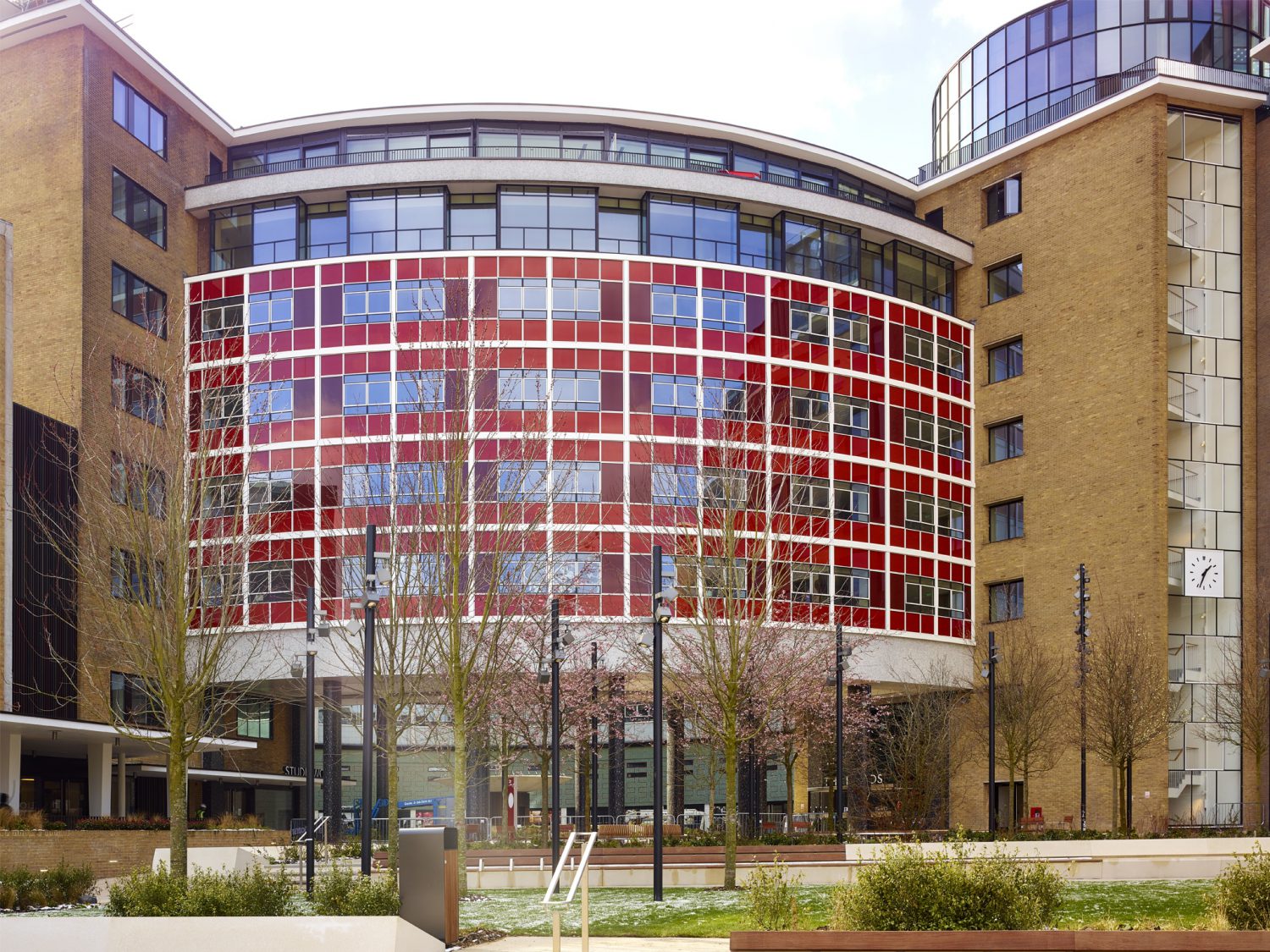 ClientStanhope with Mitsui Fudosan and Aimco

Allford Hall Monaghan Morris radically transformed the former BBC Television Centre, into mixed use development, including dwellings, office spaces, restaurants, a three-screen cinema and a club with rooftop pool. SCP Contracts worked with AHMM to specify furniture for the reception area of the 2TVC development.
The Television centre was originally designed by Graham Dawbarn from 1949 onwards and completed in phases from 1960. It was headquarters for the BBC between 1960 and 2013. The iconic building is one of the most recognised of its type, having appeared as the backdrop for many BBC programmes. 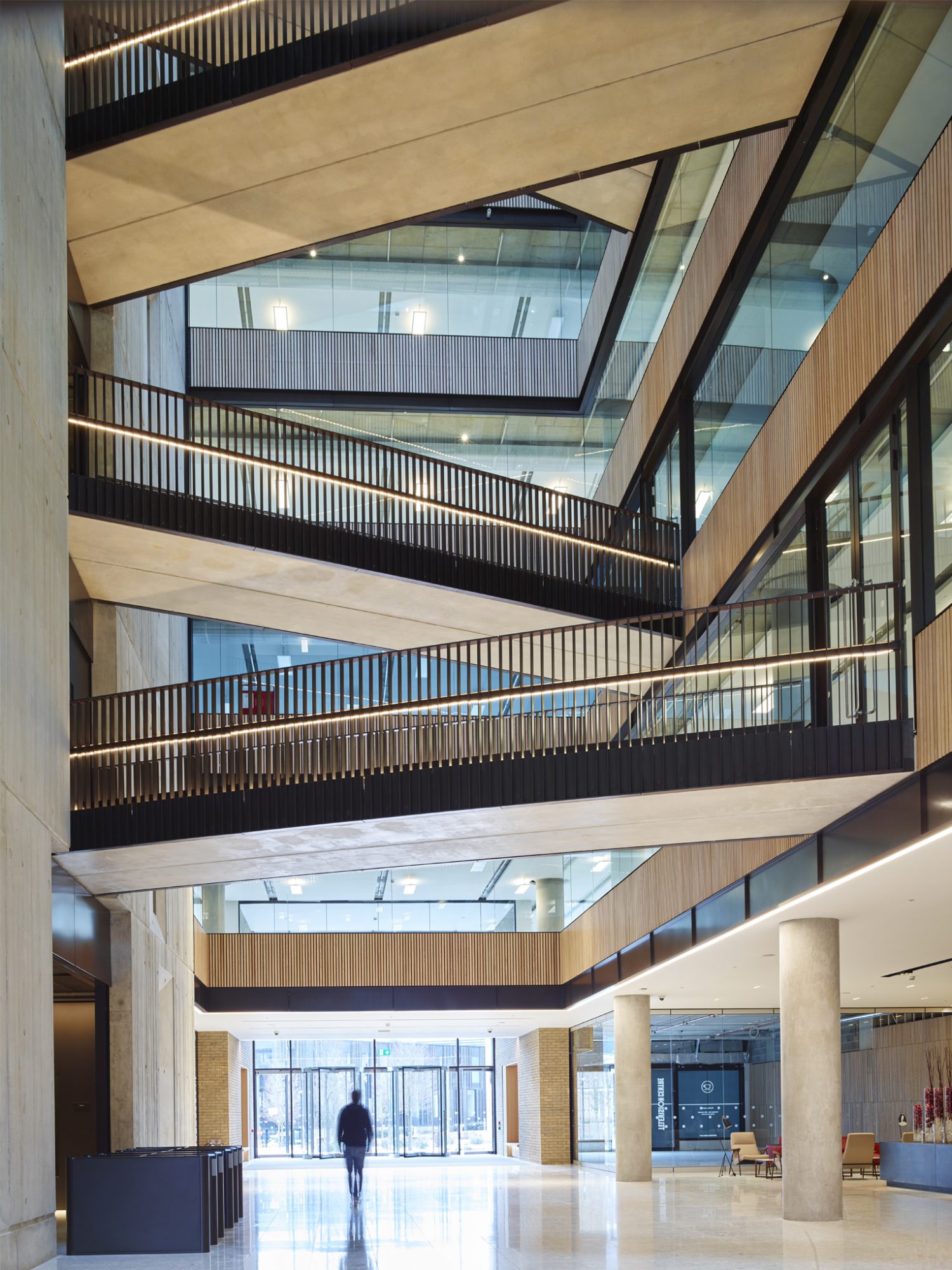 2TVC is an integral part of the redevelopment of the Television Centre masterplan, completing Graham Dawbarn’s original ‘question mark’ plan with a new build ten storey mixed use block.
The ground floor is occupied by restaurants and cafes, with a wide internal street which cuts through the centre of the building, giving access to the office, club and cinema. The atrium brings light into the deepest part of the plan, and is crossed at upper levels by angled bridges. The space features, board marked concrete, timber strip cladding and terrazzo floors which reference the original retained buildings.

AHMM worked with the BBC and London Borough of Hammersmith and Fulham to re-imagine the distinctive buildings of the masterplan. Central to the vision for the project was the preservation and celebration of the original listed features, many of which have been returned to their original glory.
The materials employed across the new elements are inspired by the original building and the era in which it was constructed. The choice of brick responds to the original retained elements and the bespoke tiles used internally refer to the graphic design of the 50s and 60s.
The development brings this iconic site back to life and creates a new identity for the Television Centre as a hub for creativity, a public space and a special place to live.