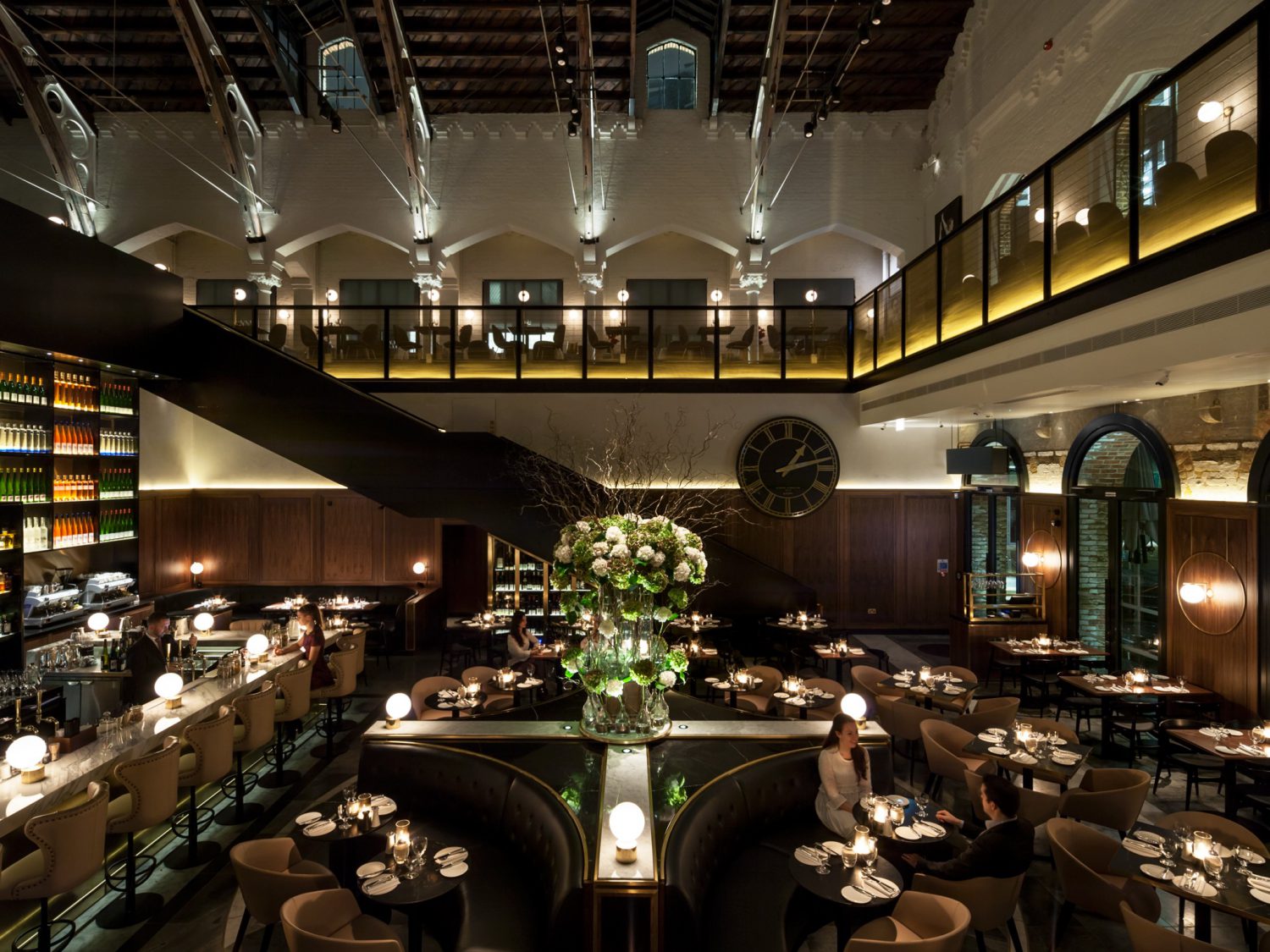 Originally constructed in 1865 by Edward Gruning for the German Gymnastics Society, the German Gymnasium is now a two level restaurant located in the heart of King’s Cross, London.
Commissioned by D&D London, Conran and Partners worked closely with Argent’s base build team and their architects Allies and Morrisson, to create a refined yet democratic European Grand Café whilst preserving the building’s core structure.
The main concept was to restore the original space by removing as much of the first floor as possible, and therefore allow for a view of all the dining areas as well as the impressive roof structure. When creating the interior, the designer’s choices of materials, textures or colours were influenced by the original details in the building, such as the climbing hooks in the ceiling and the cast steel columns. SCP Professional worked closely with Conran and Partners on the delivery of all of the furniture, from elegant leathered upholstery to a modern lighting system.

Conran and Partners, Allies and Morrisson and SCP Professional worked together in order to create this unique destination, keeping the building’s original features, and giving it a refined yet fresh and modern feel. 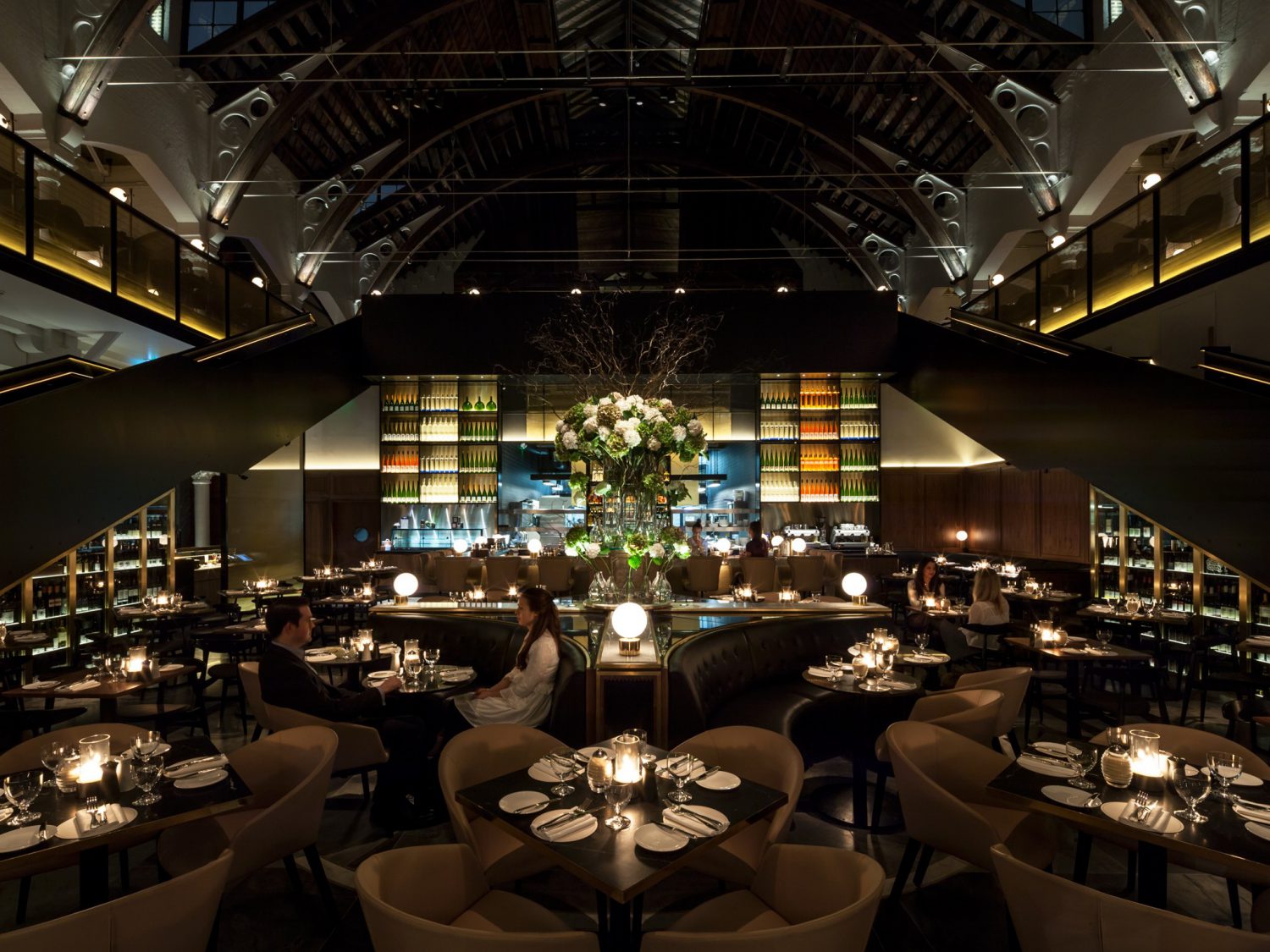