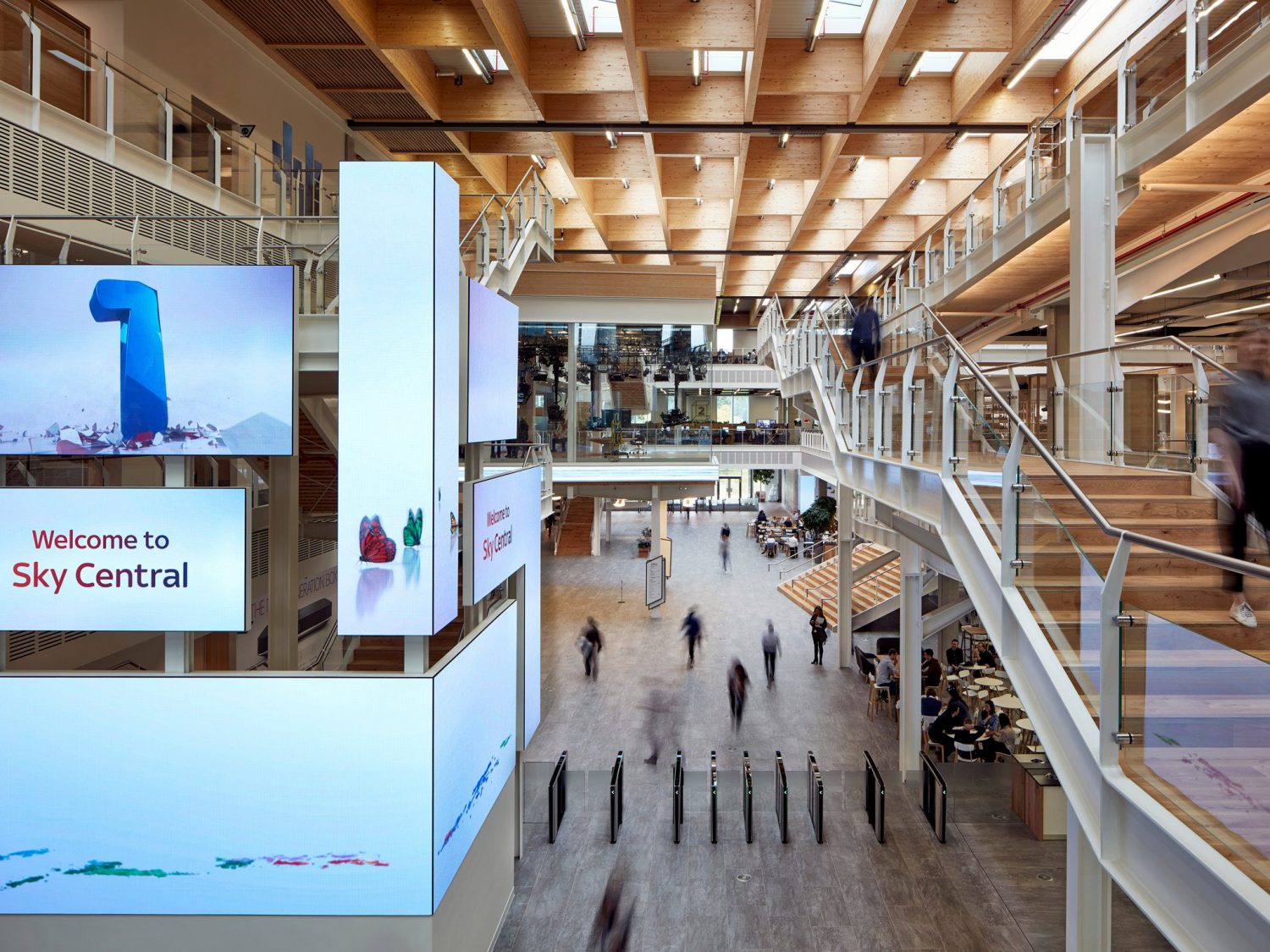 British broadcaster Sky opened their new flagship building Sky Central in 2016. Situated in Osterley, West London, the building is at the heart of a 13 hectare media campus and houses over 3500 employees, within 37,700 sqm of workspace. Sky set an ambitious brief that sought the creation of a people centric space that would promote flexible, collaborative, task-based working. They also wanted a space that would engender a sense of health and wellbeing for their employees.
A combination of talents were brought together for the project – a building concept by AL_A, an interior concept by PLP Architecture, workspace design by HASSELL and structural engineering by Arup. SCP Professional worked closely with HASSELL on the specification and delivery of all of the furniture for the building, in what is their single largest project to date.
The building is centred around a triple-height h-shaped central atrium with an elevated live broadcast studio. This sits above a 100m long street that runs east to west on the ground floor. The Sky Street acts as a connector of spaces, and contains a mixture of touchdown workspaces, informal meeting areas, dining spaces, support facilities and a cinema. HASSELL in particular worked on the creation of defined neighbourhoods, which can house around 200 people and include a range of individual and team work settings, these are supported by home zones that include kitchens, meeting tables and more casual sitting areas.

Sky Central is a truly modern example of a large scale mixed use workspace that has been created to be adaptable in both the short and long-term. Excellent architecture and planning ensure the building engenders a fluidity of movement around the space and a sense of visual connectivity. 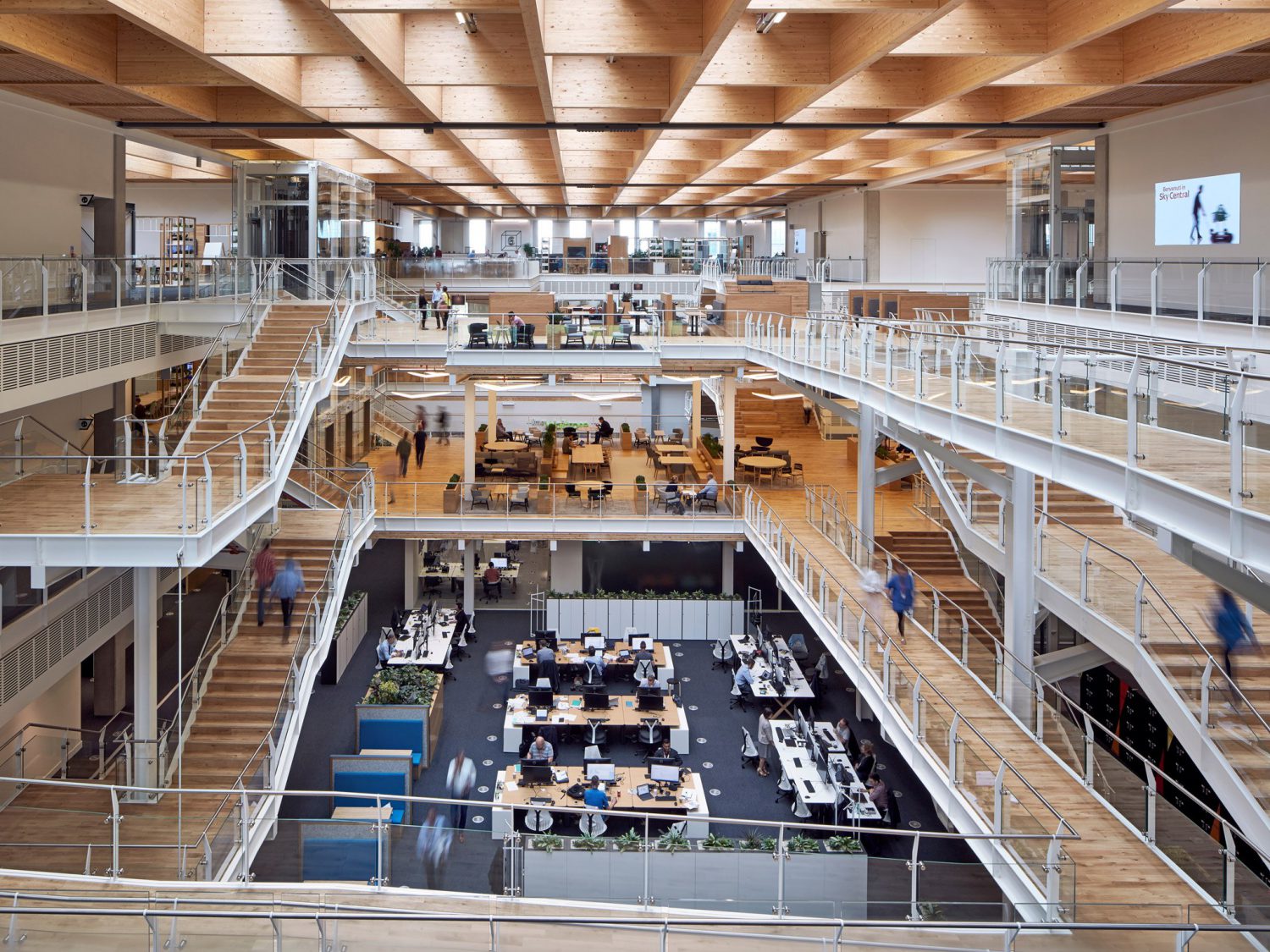